Changing the narrative. Telling the truth about colonialism.

As school board trustees we will

advocate for the following:

An interview with Thomas Sowell on the impact of colonialism.

A brief history of the Japanese colonialism."The rise of Imperial Japan."

Teaching about the colonial period.

Those who seek to divide people today based on the ideas of critical race theory often weaponize the European exploitation and abuses of the colonial era as an excuse to shame students of European ancestry. As school board trustees, we will endeavour to change the narrative around how colonialism is taught in our public schools. This shaming isn't even remotely justified. Students must learn that as human civilization developed the most dominant cultures worldwide engaged in rampant colonialism, pervasive warfare, practiced slavery, and committed all manner of what we would today view as flagrant human rights abuses. It must be acknowledged that western culture which has over time become dominant worldwide also engaged in a long period of conquest and slavery during the colonial era. However, it must also be noted that those countries rooted in the western cultural tradition were also the first in the history of human civilization to formally abolish slavery throughout the 1800s.

The colonial period should be recognized as having a mixed legacy. The exploitation of wealth and human rights abuses targeting indigenous populations in colonized countries must be fully acknowledged and never be diminished. However, it must also be acknowledged that the most significant impact of colonialism was simply that it created the modern world. The technological and scientific advancements of our modern age would likely not have happened otherwise and certainly not within the same timeframes. Billions of people have been lifted out of abject poverty around the world. Early child mortality has been dramatically reduced around the world. Food production has dramatically increased worldwide. Those countries in the developing world most directly impacted by the colonial era are now far more likely to have modern highways, rail roads, schools, hospitals, and democratic governments. One might consider where humanity would be today if the colonial era has never happened.

On balance, the legacy of colonialism has manifested itself in many positive ways which students should be free to consider and reflect upon. Doing so will also deny an ideological weapon to those who promote the idea of "ancestral guilt" to shame students based on their heritage for the abuses of the period and use them to perpetuate race-based divisions today.

We are aware that some ideologues will claim that our position is an attempt to "whitewash" history, "white fragility", or simply an attempt by parents of European ancestry to prevent their children from being subjected to guilt for events which occurred long before they were born. We categorically reject these juvenile suggestions. The real reason most parents, regardless of their race or ethnicity, have raised concerns about extreme ideological narratives being taught in our schools can be found here.

Those who teach Canada's complex history have a responsibilty to acknowlege the overall postive impact of colonialism while not diminishing the harm and trauma experienced by indigenous populations worldwide during this same period. 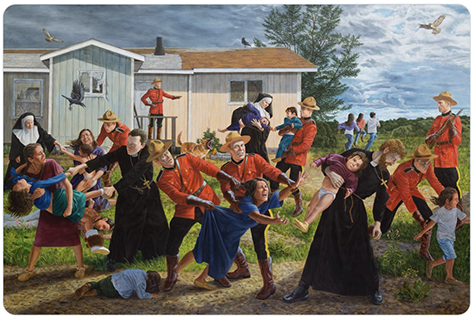 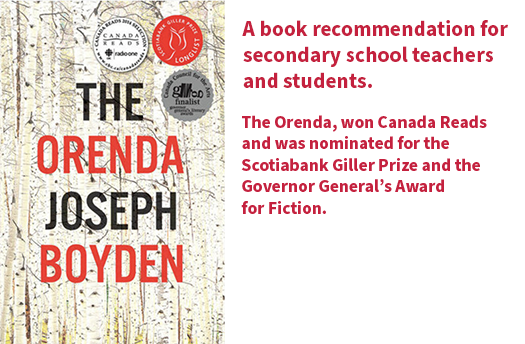 "The Orenda illuminates the shadowy moment of our inception as a country. It forces us to bravely consider who we are. The Orenda is much more than a timely novel. It is a timeless one; born a classic.” - The National Post

“An epic worthy of Herodotus or Sima Qian, and by its ardour and high seriousness The Orenda declares it an equal to any ancient Greek or Chinese account of empires rising and falling.” - Globe and Mail 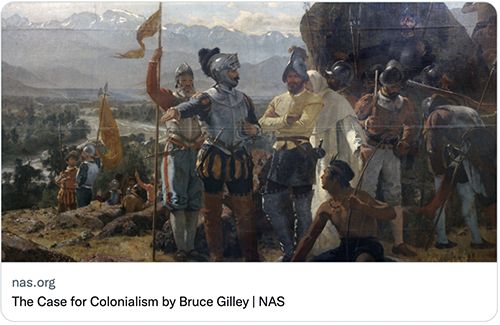 An excellent article by Bruce Gilley (Professor of governance & public policy.) on the overall benefits of the colonial period: "The notion that colonialism is always and everywhere a bad thing needs to be rethought in light of the grave human toll of a century of anti-colonial regimes and policies."

Decolonize: But only Sometimes. A Broader View Of World History Puts Oppression In Perspective 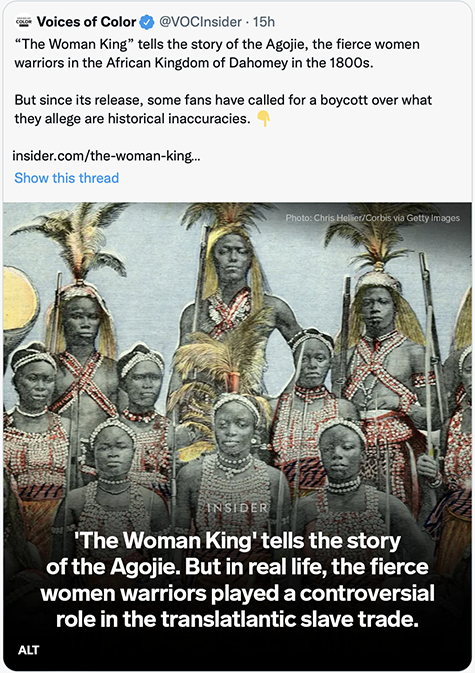 There can be little doubt that many Catholic priests and nuns failed miserably in maintaining their vows of celibacy. We acknowledge that countless children suffered horrific physical and sexual abuse in Canada's residential schools. As trustees, we will work to support good faith efforts at reconciliation in our public schools to help the survivors and their families.